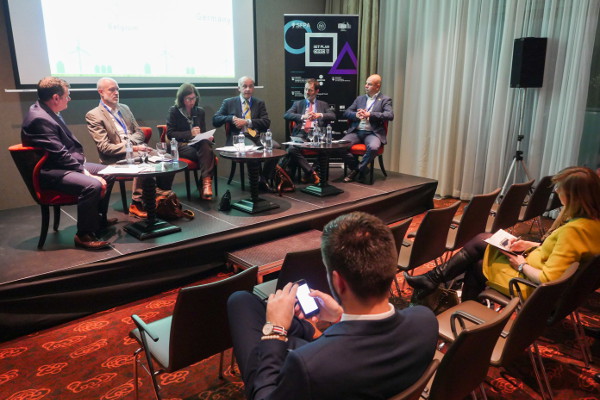 From coal to smart: the problem is European, the solutions are local

Carbon-intensive regions may not see a win-win solution, but it is important to involve all stakeholders.

On 11 December, the European Commission launched the Platform for Coal Regions in Transition.

Experts shared experience in smart specialization and coal transition ahead of the announcement in early December at the Central European Energy Conference – SET Plan 2017.

Coal as a source of security

Eduard Hulík, advisor to the State Secretary at the Ministry of Education, described the situation in Slovakia. Coal is mined mostly in the Upper Nitra region and accounts for most of the supplies to the local power plant Nováky.

The promoted benefit of the mining is the energy security; coal is extracted as a domestic source of energy and burnt to stabilize the electricity flow.

Although the mining company, Hornonitrianske bane Prievidza, is a major employer in Upper Nitra, the miners suffer under-average life expectancy and above-average risk of work accidents, pointed out Hulík.

The Nováky power plant with three generators with a total capacity of 266 MW is run by Slovenské elektrárne. For them it is a regulation source with semi-peak operation and a supplier of steam for district heating and industry, the expert explained.

Of the direct costs to sustain the coal industry, €100 million per year are paid by electricity consumers. “That’s one fourth of the support (in subsidies) to renewable energy sources,” counted Hulík. There are also other costs: higher incidence of respiratory diseases in Upper Nitra.

There is no win-win solution

In case the power plant is closed, the advisor to the State Secretary admitted in divergence from the long-term government position, “there is no need to replace the electricity source in Nováky (as) there are other power plants in the power system.”

However, “there is an urgent need to replace heat sources for central heating and for industrial companies” hinting on the possibility of biomass or geothermal resources.

According to Hulík, there is “a need to eliminate the environmental harms from coal mining and requalify the miners for other industries.”

Bert de Wel, Senior Advisor at the Just Transition Centre, Oslo, mentioned the good examples of transition in Canada and Australia. The former managed to involve trade unions in the coal transition in the power sector. The latter is a case when power station workers themselves defended a plan for a build-up of a thermal solar plant earlier than the authorities. Another positive case is the Netherlands, which saw a society-wide ‘agreement on energy transition’.

“There is no win-win solution and someone has to pay, but it is important to involve all stakeholders,” said de Wel.

EnergyVille is a research institute located in Genk, Belgium, but it reaches out to the two other traditionally coal-mining countries, the Netherlands and Germany. The last mine in our region closed in 1987, said Guy Vekemans, Energy Ville Strategy Developer at VITO, one of the research centres behind the Energy Ville.

Vekemans explained that in the past people thought a solution to the regional economy would be the car industry. However, the local Ford factory closed down in 2014, too. The question of how sustainable jobs can be provided arose again. VITO teamed up with universities and the energy industry to launch EnegyVille.

The key to success, stressed Vekemans, was using the historically accumulated knowledge of the underground. Energy Ville focuses on developing deep geothermal energy. Moreover, existing maps are digitalized to decrease the risks associated with this form of energy.

Geothermal is now used to produce electricity and heat. The project has a replication potential in Europe, Vekemans thinks.

EnergyVille’s other projects include photovoltaic panel production with the objective to relocate it back to Europe. But it does not shy away from the sensitive issue of the future employment of former staff in the coal industry. The ‘T2 campus’ in development will be dedicated to their re-education and requalification.

There is no doubt that coal regions will be affected by the energy transition and it will be social and economic challenge, said Evangelos Tzimas, Deputy Head of Unit ‘Knowledge for Energy Union at the Joint Research Centre (JRC) attached to the European Commission. The questions are who and how will be affected and what instruments regions can choose and use.

“The problem is European, the solutions are local,” pointed out Tzimas.

JRC is currently mapping how best practices can be shared with stakeholders across Europe. “All stakeholders should be included, only the region knows the best,” underlined Tzimas.